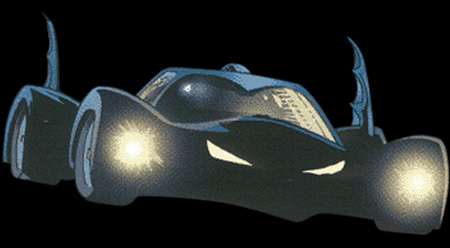 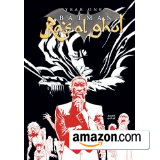 As part of the buildup around Batman Begins, DC released two "Year One" stories that focused on the main villains of the movie. The Ra's story was actually set after his apparent death, and after Batman destroyed all of the Lazarus Pits.

Batman receives a posthumous letter from Ra's at the beginning of the story, that also serves as a narrative through the rest of the book. He doesn't get to spend much time reading it, however, as the trouble alert soon goes off and Batman is forced to head out. This Batmobile serves as his transportation, and is shown both inside and out for several panels. The base design is influenced by the 2000 Batmobile, but this car car has much more exaggerated lines, including wider fenders, sharper peaks, and a different rear end. The Batmobile was only used in the first Ra's book, as the second book included other gadgets like the Batwing, Bat-Snowmobile. and Bat-Cycle.