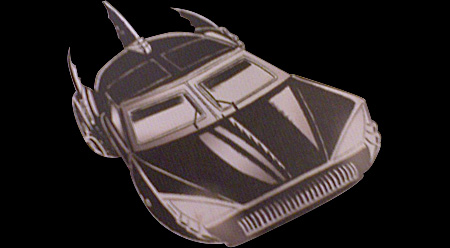 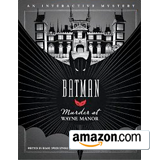 Murder at Wayne Manor is billed as an "Interactive Mystery," where the readers are given props that match clues that are described in the story, and the reader is then able to follow along with Batman as he works to solve the case. Illustrations are scattered throughout the story as well, making it a cross between a traditional book and a graphic novel. This Batmobile appeared in one of those illustrations. It retains the usual long hood/short rear coupe with fins and a split windshield, but the headlights feature an unusual vertical triangle shape reminiscent of the tail fins from cars of the 1950s.