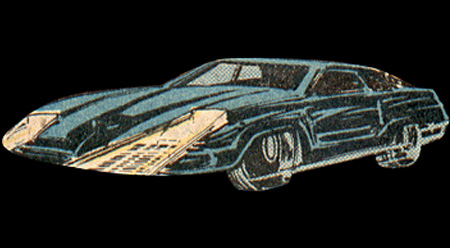 When extict birds (or robot replicas, at least) start appearing in Gotham in Batman #288, Batman quickly deduces that the Penguin is behind the trouble. For his travels throughout the city in both this and the following issue, he uses Batmobile. It continues the 1970s theme of realistic sports cars acting as Batmobiles, drawn very much like a stock Ligier JS2. The only notable modification is the elongated Bat Mask on the hood.