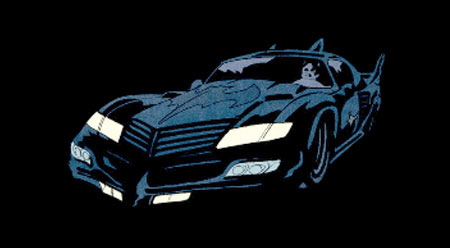 After his time as Parallax during the Zero Hour crisis and subsequent sacrifice in Final Night, Hal Jordan became the Spectre in 2001. An encounter between Spectre and the JLA leaves Superman with the thought that he recognized his old friend, and prompts him and Batman to seek out the Spectre. As the two leave the Bat Cave, Superman takes to the air while Batman drives out in this Batmobile.