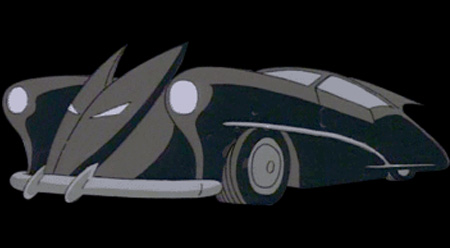 In Batman: The Animated Series, the designer and builder of the Batmobile was revealed to be Earl Cooper in the episode "The Mechanic." Earl was an out-of-work automobile designer, shunned by the industry because of his reputation as a troublemaker (stemming from an incident where he recommended the recall of a design prototype due to a brake malfunction). In a flashback sequence, Batman comes to Earl one night in this sputtering & backfiring Batmobile, knowing Earl's skills as a designer and requesting a new car. Earl is then shown designing the famous Batmobile that appeared throughout the rest of the original series.