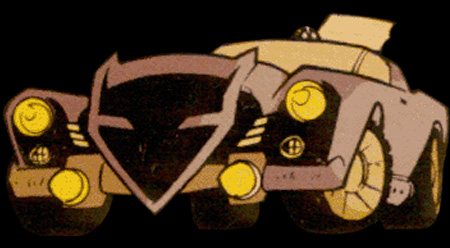 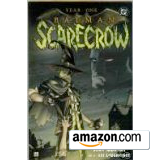 As part of the buildup around Batman Begins, DC released two "Year One" stories that focused on the main villains of the movie. The Scarecrow story told about Batman's first meeting with Jonathan Crane, as well as providing a much more in-depth look at the Scarecrow's origin. This Batmobile was shown briefly in the second half of Scarecrow, as Batman & Robin used it to drive from a crime scene to follow-up on a potential lead.

When tasked with drawing this issue, artist Sean Murphy was given copies of Batgirl: Year One to use for refernce. Murphy felt that the "bubble dome" design used in the cave sequence was usable but a bit dated, so he modernized it with larger wheels, more squared-off body lines, and a flatter windshield. The result is a Batmobile with more of a "modern muscle car" look.