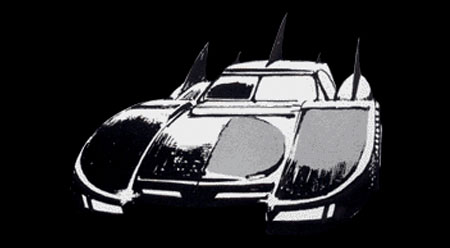 This is the first Batmobile to appear in the series, in the story "The Devil's Children." It only appeared in one panel as part of an overall city scene while Batman was contemplating his current case.