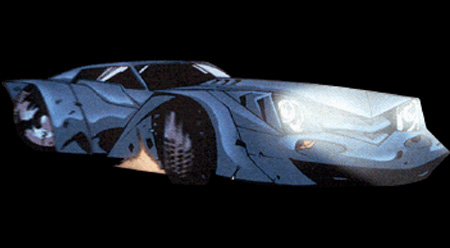 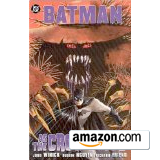 This Batmobile played a small but critical role near the beginning of As the Crow Flies, Serving as mobile headquarters for Batman and later saving him from a fear-crazed assailant bent on crushing Batman's windpipe.

Drawing influence from classic muscle cars, artist Dustin Nguyen created a Batmobile that eschews traditional "bat themes" in favor of a powerful, compact coupe. Instead of the typical grille mask, fins, and jet exhaust, the only "bat" on this car is the subtle design of the rear fenders/fascia, which resemble Batman's chest shield. It does feature a few extras that you wouldn't find on a standard daily driver, though, including remote control capabilities, a net launcher, and possibly 4-wheel steering.