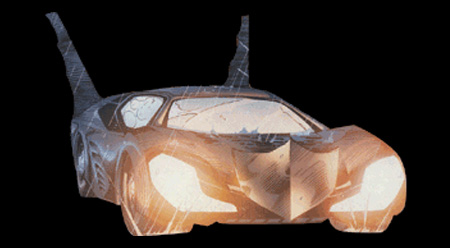 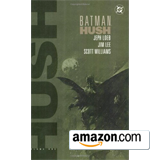 December 2002 saw the introduction of the best-selling Jim Lee/Jeph Loeb story, "Hush." This car was the first new Batmobile to appear during the story, appearing in the second issue of the series.

One of the first features noted on the car was it's remote-driving system, allowing Oracle to bring Batman back home after a near-fatal fall. It also had kevlar-reinforced self-sealing tires, though a well-placed shot was able to not only blow out the tire, but also make the entire wheel come off the car. Despite the severe damage that followed, this Batmobile appeared in the background of a panel later in the series, after the introduction of another new Batmobile. The design was used again in 2006's Green Lantern #9, when a reinstated Hal Jordan met with Batman to catch a villain as well as clear the air between them.