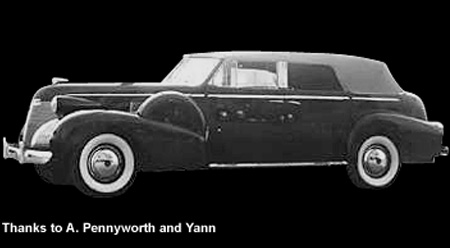 The first live action Batman film was a serial produced by Columbia in 1943. Like most other serials, these were low-budget affairs that were run once a week, featuring "cliffhanger" type endings to draw audiences back for the next installment. Lacking the funding of later Batman projects, the "Batmobile" was simply a factory-stock automobile.

For the 1943 serial, a 1939 Cadillac was used as both the Batmobile and as Bruce Wayne's personal car. Generally the position of the convertible top signified which the role it was playing: "top up" mean "Batmobile," while "top down" meant "Bruce Wayne's car."