Legends of the
Dark Knight #115 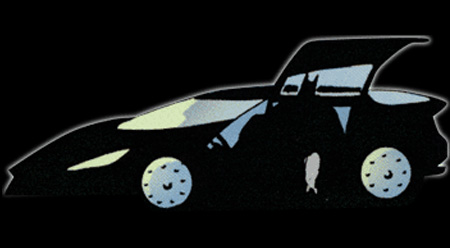 Appearing in only a single panel of 1999's Legends of the Dark Knight story "The Darkness," this car appears rather unremarkable. It does use a similar gull-wing door design as the previous Batmobile, though it would be the last one to use the feature until the Hush Batmobile.