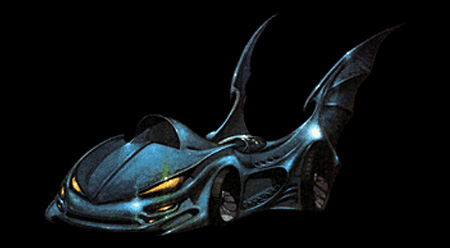 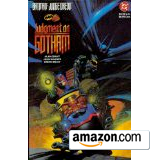 In 1991, the first Batman/Judge Dredd crossover occured in Judgment on Gotham. In the story, Batman is drawn into Dredd's universe after Mean Machine and Judge Death use a dimensional jump to enter Gotham City. Batman eventually escapes with the help of Judge Anderson, and the two go back to Gotham where they use this Batmobile to pursue the two escaped felons.

Fitting with the overall style of the story, this Batmobile has a larger-than-life look combined with very organic styling. Though artistically unique, the car could not be used in real life as the nose is taller and wider than the windshield, preventing all forward visibility. Though the general concept of this design remained in future Batman/Dredd crossovers, the car would receive a redesign starting with their next team-up, Vendetta in Gotham.