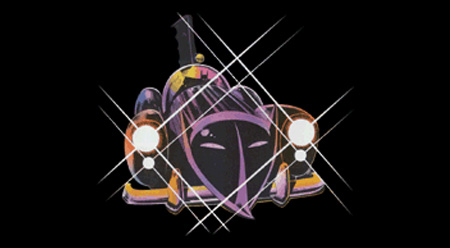 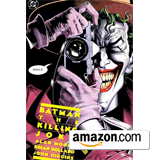 This Batmobile first made an appearance in 1988's graphic novel The Killing Joke, roaring in to meet the Joker at his Carnival home. Artist Brian Bolland based the design on a combination of his favorite cars from the past, primarily the "fat fenders" of the 1940s and the "bubble dome" of the 1950s. He said he wanted the car to be a large, powerful machine, as suggested by the long hood with the battering ram up front. Bolland used this car again in his part of the Black and White anthology, "An Innocent Guy." Despite the eight years that separated the two works, the design remained virtually unchanged, making this a rare case among Batmobile artists.

This Batmobile has also been used by other artists: Steve Lieber included it in 1995's Detective Comics #685 ("War of the Dragons Part 1: Iron Dragon"), while Denys Cowan used it in 2007's Batman Confidential #7 as part of a flashback of cars Batman used before he finalized the design.