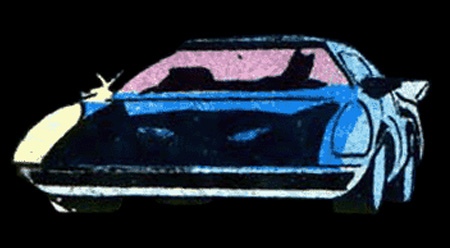 In 1991, DC published a summer crossover event in all of its annuals called Armageddon 2001. In the 21st century, one of the world's superheros becomes the evil despot known as Monarch. Waverider, a time-traveler from that future, has travelled back to 1991 to look into the futures of each of DC’s superheroes to see which one becomes Monarch. In Batman's future, Bruce Wayne becomes crippled in the line of duty and must give up the role of Batman. Dick Grayson becomes Batman against Bruce's wishes, until Bruce is forced out of his self-imposed exile when Dick is killed. This Batmobile, based on a high-performance sports coupe, was seen briefly in Batman's future.