Legends of the
Dark Knight #64 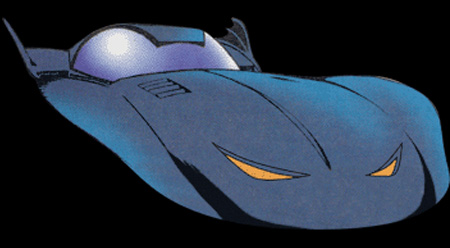 "Terminus" was a Legends of the Dark Knight story that was almost entirely devoid of Batman himself. He only made an appearance at the end of the story, as did this Batmobile. It shares a general design aesthetic with Matt Wagner's Batmobile, though this car has a more traditional long hood/short deck, and overall cleaner appearance.

John McCrea used this design in 1996 for the Legends of the Dark Knight story "Infected." Much more of the car is shown in that issue, as Batman uses it while investigating the strange new murders that are occuring in Gotham.