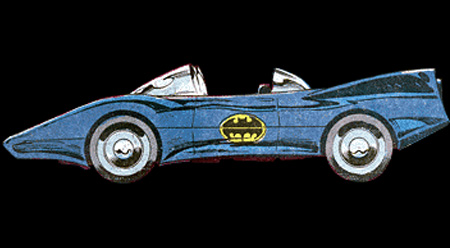 In mid-1985, a special variation of the standard Batmobile appeared in both Batman and Detective Comics. Based on the popular Super Powers Batmobile, this design had a full set of front and rear canopies, "Coke-bottle" sides, integrated fins, and generally rounder features, just like the toy. The only difference between this car and its toy counterpart is the nose, which was occasionally drawn longer and more pointed.