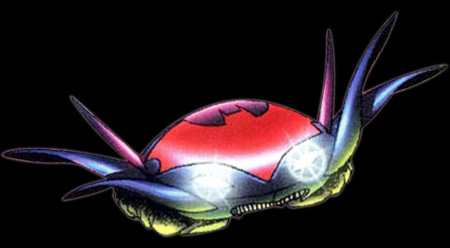 "Batman Reborn: The Domino Effect" brought some major changes to the Bat Family: Dick Grayson is now Batman, Damian is now Robin, and the Batcave has moved into the city as it was during Dick's college years. Even the Batmobile is radically different, and is now flight-capable thanks to Damian's work and a set of plans Bruce has designed but never perfected. To convert from street mode to flight mode, the fenders unwrap and extend to form wings, and the rear fins stretch to become vertical stabilizers. The car is also capable of hovering, uses vocal commands, has some degree of autonomy (including while in flight), and is armed with precision missiles. It was destroyed in issue #13 of Batman & Robin after taking fire from men armed with bazookas and crash landing outside of Blackgate Prison, though has been rebuilt and has appeared as recently as October 2014's Batman #34 (part of the "New 52").