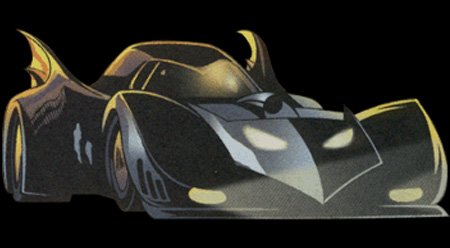 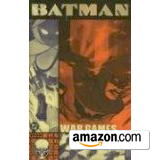 This Batmobile is heavily based on the 1989 Batmobile, with a few changes such as a bat-mask in place of the turbine intake, a modified cockpit canopy, and smoother, more aerodynamic rear fenders. Though it only appeared briefly during "War Games," one panel in particular stands out: as the car made its way through the war-torn Gotham in Catwoman #36, the explosions and debris around it made for a scene reminiscent of the famous scene of the Batmobile destroying Axis Chemicals in the 1989 movie Batman.