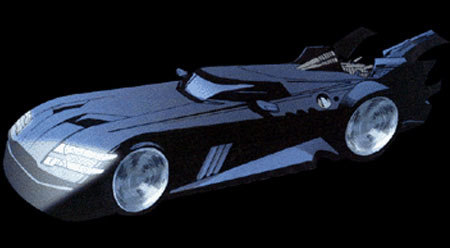 In February of 2005, Batman added to his list of team-ups with the crossover Batman/Danger Girl. In the story, the Danger Girl crew have arrived in Gotham on the trail of Donavin Conrad. Donavin, in turn, has been forced to temporarily work for the Joker, which puts Batman and the Danger Girls somewhat at odds as to who will bring down the criminals first.

This Batmobile is shown briefly, as Batman and the Girls race to the final confrontation. Despite running full-bore in a 680hp Mercedes, Abbey and Sydney are quickly shut down by the high-performance Batmobile, which passes them like they were standing still.