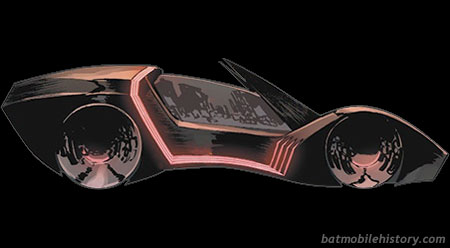 Despite his vast garage of available Batmobiles, Batman still occasionally finds himself too far away from his car. For those times, Lucius Fox has provided Batman with a last resort device he calls "The Echo." By attaching The Echo to the hood of a civilian car, all of the speed limiters and anti-theft devices are disabled and a holo-interface is projected over the stock body to make it appear to be another one of Batman's fleet. Batman refers to it as "A Batmobile in my pocket," though Lucius does note that since it its merely a projection, it lacks any of the armor of a usual Batmobile.